Since I had no press credentials for the Democratic National Convention, I did all my photography for the event on the streets. Most all the time I used either the Fujifilm Xpro 1 with the 18mm lens, or the Sony NEX 7 with the 50mm lens. This combination I found sufficient for every circumstance I encountered. There was no need to try to be candid since the streets were full of photographers and seemingly everyone expected to be photographed. I took about 1,000 pictures, many of which have been sent off to my stock agency, The Image Works in Woodstock, New York. The pictures below were all taken with the Xpro. I wish that the new firmware version 2 had been available at the time since it has greatly improved the speed at which the Xpro focuses, but it was sufficient at the time. 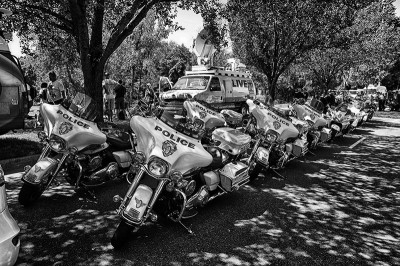 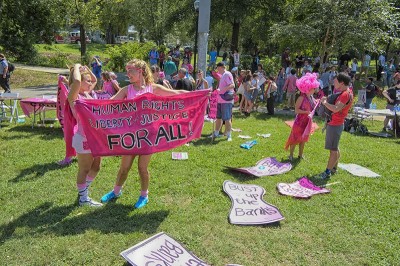 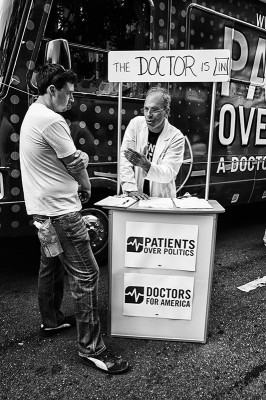 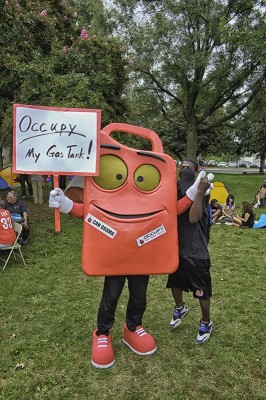 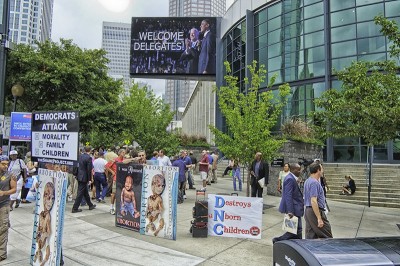