Mepkin Abbey is a Trappist monastery in South Carolina near Charleston. It is on the grounds of a historic plantation that dates back to the Revolutionary war period. The environment is lovely with an abundance of Live Oak trees dripping Spanish Moss, and frontage on the Cooper river from which can be seen beautiful sunsets. I was there for a weekend retreat on the theme of Contemplative Aging with a group of about 20 people mostly over 60 years old, with the oldest lady being 88. Of course I was eager to use my camera also as a way of seeing, as a tool for contemplation of creation. These efforts were richly rewarded. One of the highlights for me was to look out the splendidly large windows of my room in the retreat center one morning, to see a magnificent very large nest where two raptors were perched. At first I thought they were hawks, then someone suggested Eagles, but they finally turned out to be Osprey, a pair preparing for their Spring family. Another highlight visually was the truly spectacular sunset on Saturday evening seen from the high bluff on the property near where the original family of the plantation is buried. The Rule of St. Benedict (the guide for Trappists) says that we should always remember death, our death, the battle against which we cannot win. So being near the cemetery and watching the truly beautiful sunset put me in touch with both the wonder of life and the reality of death, two thoughts that should ever be remembered together if we would gain wisdom.
Here is the first look at the Raptor nest: (click on the images to see them larger) 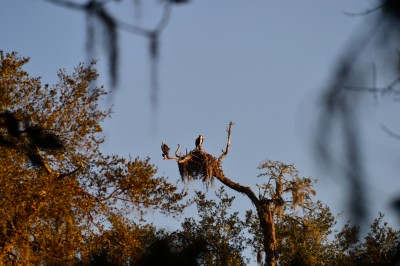 Then I walked around the intervening pond to get a closer look: 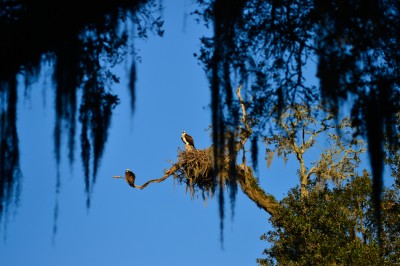 And finally got to a place almost under the nest, and waited for some action: 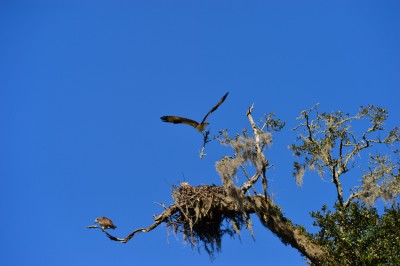 Here is the Saturday evening sunset which continually changed as the sun neared the horizon: 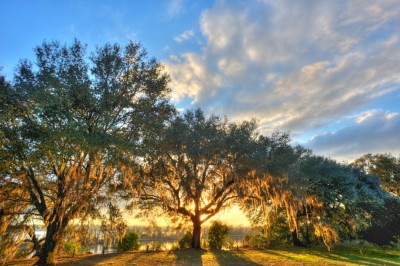 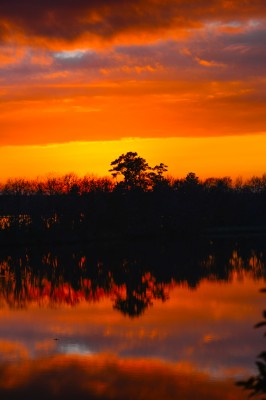 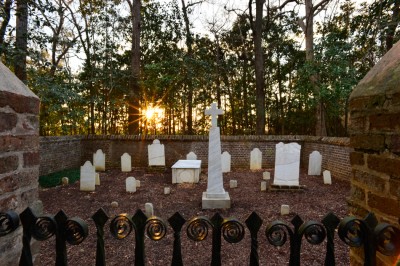 A sample of the environment: 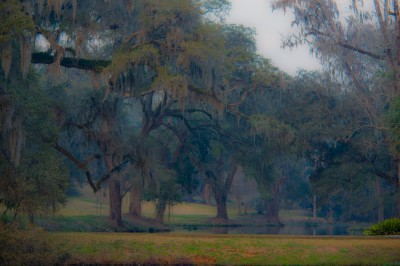