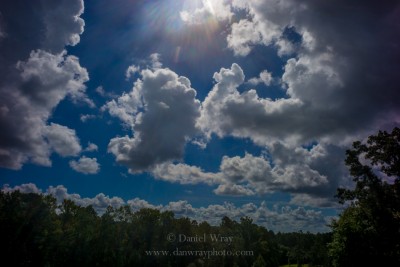 The earth’s atmosphere is said to be 300 miles thick, but most of it, the part that interests us the most, is just 10 miles thick. Current estimates suggest that there are between 100 and 200 billion galaxies in the universe, (some estimates say 500 billion) each with hundreds of billions of stars. In all that vastness just possibly there is another world with an atmosphere like ours, but maybe not. Maybe we are the only place in that vast expanse that has skies like ours. Or if there are others, perhaps we are the only one with people who look up and admire the wonderfully changeful sky.I look up a lot, and I photograph the sky a lot. Mind you I also look down, and I find both directions fascinating. 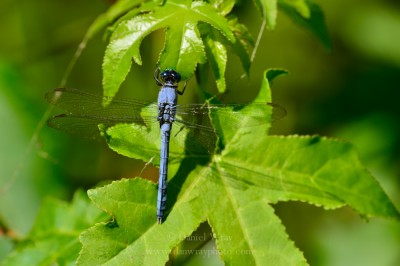 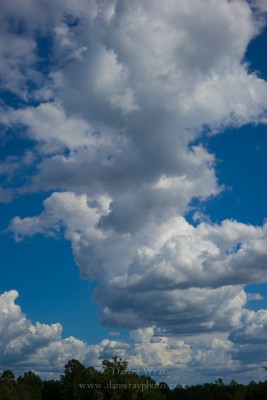 Today we had one of those weather patterns here in the Piedmont region of North Carolina that produced constantly changing skies. These are the days made for artists. The ten miles of atmosphere that displays the beautiful cloud formations we love to look at is but an insignificant diaphanous film even within our solar system, not to mention the entire cosmos. Yet what beauty, what fuel for the imagination, what magnificence! 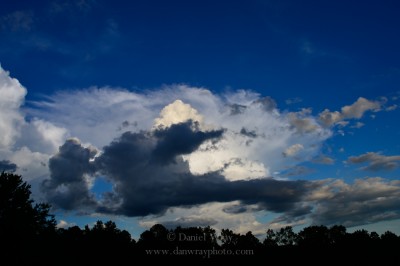 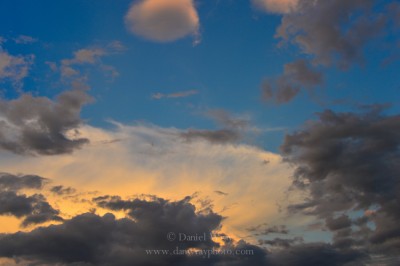 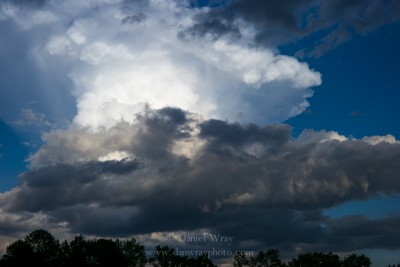 All of these sky photos were taken today with the Nikon Df and the Leica M(240).

Bad Behavior has blocked 122 access attempts in the last 7 days.