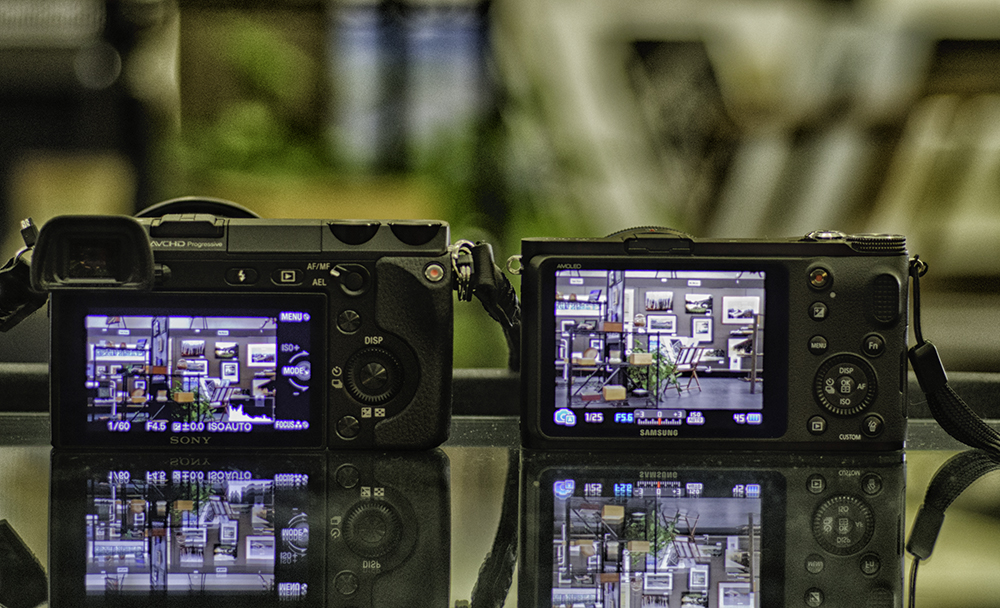 1. The AMOLED screen on the NX is noticeably superior to the LCD screen of the NEX. It is both brighter and crisper!
2. The Samsung has three pancake lenses (16mm, 20mm and 30mm). Sony NEX has only one (16mm).
3. The User Interface (UI) of the NX is far superior and more pleasant to use than that of the NEX7. It is intuitive and has a wonderful screen accessed with the Fn button, which gives quick access to all the most common adjustments.
4. The NX is significantly smaller and lighter, and is pocket-able with any one of its three pancake lenses in a jacket or cargo pants pocket, or purse. Its well- rounded corners help in this regard as well.
5. There are more native lenses available for the NX verses the NEX (11 vs. 8), and many have stabilization. Did I mention THREE pancake lenses?
6. The NX has a 20MP APS-size sensor, which places it about halfway between the common 16MP (e.g. NEX5N) sensors and the 24MP sensor of the NEX7. Like the NEX cameras the NX shoots RAW as well as jpeg.
7. The Samsung has Wi-Fi. It worked great when I sent myself a photo by email to test it, and the interface is user friendly. A person who needed to take a photo and get it to someone quickly could benefit from this. For some this may be a significant feature that is totally lacking in the NEX cameras. Certain smart phones, with the right software, can even be used as a remote trigger using this feature. There is some interesting potential here, but at this time there is limited support since it works only with a few phones, and the iPhone is not one of them. [Correction: another user says that it can work with the iPhone by downloading the Remote Viewfinder and the MobileLink apps from the app store, and then choosing the Samsung network as Wi-Fi network. I have not tried this but it is said to work.]
8. The NX has HD video, but I have not compared it to the quality of the NEX7 video. It does include 1080 at 30p recording. There are a number of movie settings that should appeal to those who want movie features on a small camera. It records in MPEG-4.
9. While I don’t usually count gimmicky features like special filters and so-called “magic” stuff, the Samsung does have several of these, and some users will enjoy them.
For me, the compact size, the beautiful UI, and the three pancake lenses make the Samsung a go-to camera. It is the one to keep with me all the time, especially with either the 30mm or the 20mm lens. Yes, the NEX has some advantages, like a viewfinder, built in flash and focus peaking. These are great features, so I keep it among my photographic tools as well. But for many users the Samsung will be a better choice for the same reasons I listed, plus it can be had for a few hundred fewer dollars. Did I mention compact size with three pancake lenses? (Are you listening Sony?) 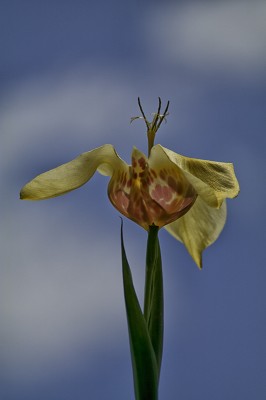 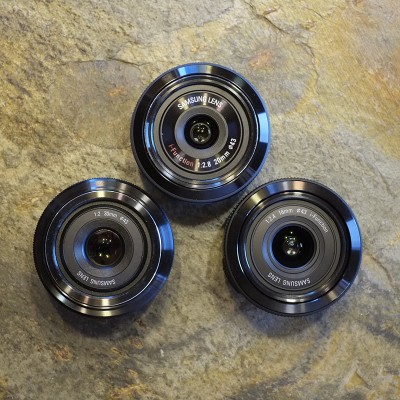 A handy size comparison of the three cameras compared in these blogs can be found here: http://j.mp/M6vCAh

Bad Behavior has blocked 97 access attempts in the last 7 days.